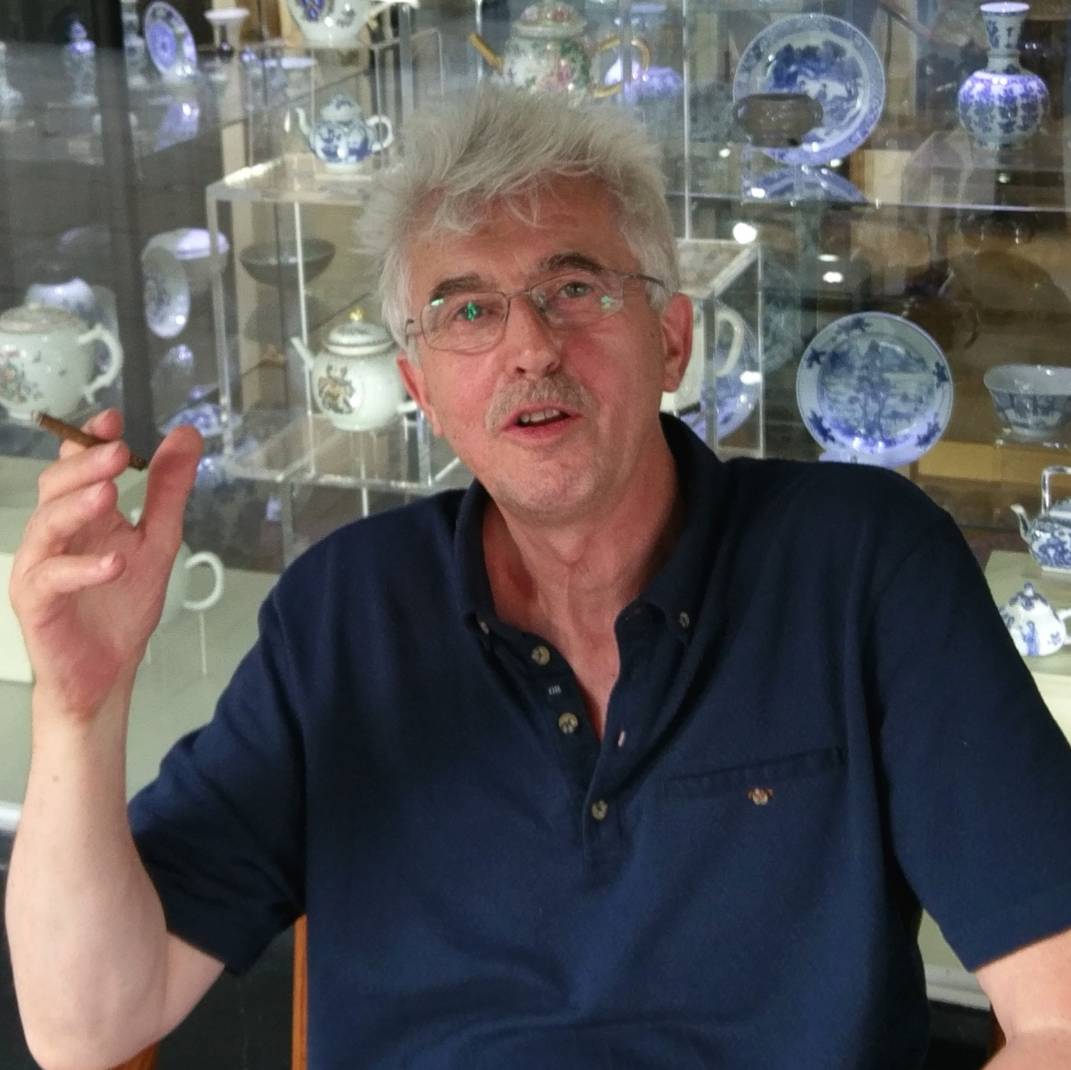 Many of you will have already heard the sad news of the death of my father, Wouter. Below is the obituary which was published in the Antiques Trade Gazette. I wish to thank the many people who have conveyed their sympathy and best wishes, they have been a great support to me and my mother and sister over the past months. As we hopefully emerge from the Corona virus lockdown to some sort of normality, it will certainly different for me. I continue the business without my father, partner and friend. I will endeavour to carry on with his best characteristics in mind and deed.

It is with great sadness that I announce the death of my father, mentor and partner Wouter van Halm. Wouter passed away peacefully just before Christmas after having been diagnosed with cancer just over a year previously.

My father started dealing antiques from the age of 16 and never stopped. The trade coursed through his veins and he relished the ungodly early starts, endless auction sittings and thousands of miles driving. Essentially he was a ceramics man, starting in the early 1960s in the emerging Art Nouveau trade from his shop in Rotterdam before moving into oriental porcelain in the 1970s. Ever enticed by a bargain, my parents moved to the UK in 1977 when houses were affordable and they lived in their beloved East Sussex for 40 years.

From circa 1980 he traded from Portobello Road market and was a well-known face there for 30 years. He became one of the main dealers in Chinese export porcelain, specialised in blue and white late Ming, Transitional and Kangxi wares.

By the 1990s he had perfected his own little trade route buying porcelain at auctions in the Netherlands and selling it on to the world from his stand at Geoffrey Van arcade. In these days before the internet and when catalogues illustrated 10% of the lots on offer he could and did buy more or less what he wanted. He would return from the auctions in Amsterdam in a car laden with blue and white porcelain on a Friday and by 2pm the following day most of it would have sold to the international trade, from America to Japan and Paris to Hong Kong, as well as finding its way into domestic private collections. His stand at the back of the arcade had a huge shelving unit in front of a bare brick wall and he brimmed with pride when the Chinese dealers who entered the market in the late 1990s nicknamed it ‘the Great Wall of China’.

I joined the business in 2001 and although Wouter was never concerned with establishing his own ‘dynasty’ he was committed to nurturing my knowledge and skills. Above all, he loved being able to share his passion for porcelain and the trade. We decided to exhibit at international fairs so we took our porcelain to New York, Paris, the wonderful ceramics fair at Enghien, Belgium as well as the Olympia fair in London. He always insisted on fresh flowers for the stand and that we should have fun along the way. We met presidents and film stars (none of whom he actually recognised) and made a great many friends amongst colleagues and clients. A 10 year stint in a shop at Kensington Church Street followed where he was proud to rub shoulders with the leading dealers in our field although the pedestrian pace of ‘shop sitting’ regularly made him twitchy and keen to get out to buy and pursue the ‘hustle and bustle’ of an auction or market.

My parents lived in the UK for 40 years but Wouter remained the Dutchman in England. He was direct, irreverent, mischievous, sometimes uncompromising and always adhered to the principles that characterised the Jewish-dominated trade in his early career. He drove a hard bargain, kept his word and had genuine respect for other dealers no matter how big or small. At the same time he was kind and caring and irrepressibly funny. A lifelong socialist and pacifist he supported CND in the 1980s, protested against the Iraq war and campaigned for Labour in the 2017 election, his disappointment at not ejecting Amber Rudd in Hastings by 300 odd votes only tempered by the fact that in between canvassing he managed to buy a Yongzheng famille rose dish in a charity shop. The result of the Brexit referendum profoundly upset him and contributed to my parents’ decision to return to the Netherlands where they planned to retire in a beautiful house which, again a bargain, required extensive refurbishment. He got to see the result, however he was not able to enjoy it for long.

I, and I know many people, will miss him terribly. However, his was a life well lived and it coincided with the very happiest days of our trade.